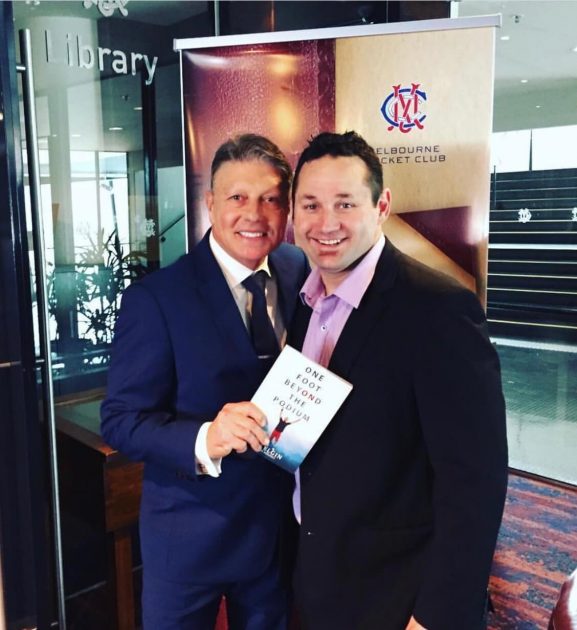 Michael played 91 AFL games for St.Kilda, Richmond and Fitzroy but it would seem that he is often more well known for his days working as a model on Sale of the Century.

Michael is still never far away from the limelight working on television and radio and away from work he shares a home down on the peninsula with his beautiful wife Andrea and three daughters Charlotte, Amelia and Phoebe.

The Podcast is a great insight into Michael’s sporting career, how he got his first media break, his media journey, life lessons and even where he was conceived (yep, we left no stone unturned lol).

If you’ve ever heard Robbo on radio or TV or perhaps as emcee at an event you’d already know he’s great entertainment and this podcast is no exception!

Listen to the Podcast with Michael Roberts now:

Give us a quick review!